Elena Delle Donne, the star basketball player of WNBA (Women's National Basketball Association) came out with an announcement of her engagement with Amanda Clifton, director of the De11e Donne Academy last year: “I decided I’m not at all going to hide anything”. On this year’s coming out day she said: "I love a woman, it is no big deal".

Elena and Amanda said the magic words “I do” after four years. The wedding held in New York at the beginning of November was selected the dream wedding of the year by The Knot magazine - a same-sex wedding for the first time! 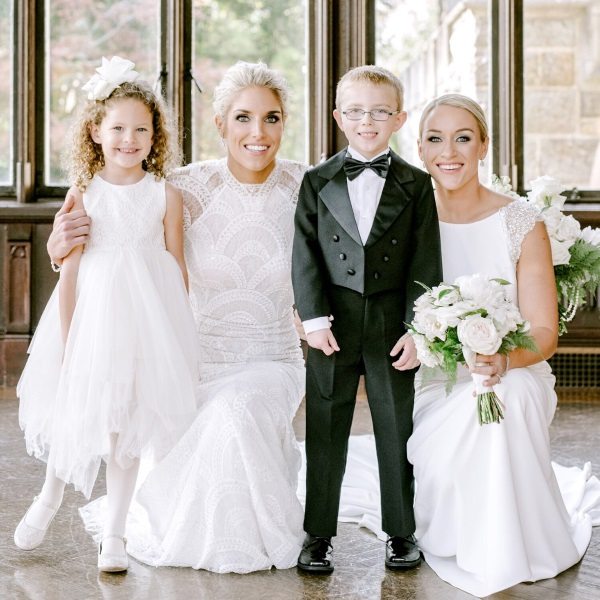 Here you can read some parts of the interview with Elena and Amanda:

"I knew I fell in love when there was a weekend I was supposed to be going home to see my family and I literally could not get myself to leave Elena’s house," Amanda says. "I kept stalling and making up reasons to wait a little bit longer before I left."

I had never felt that feeling of not wanting to leave someone so badly!

Both women got a chance to propose, but Amanda popped the question first in 2016 at a dog beach on Lake Michigan. "Elena was not at all expecting my proposal, which is exactly what I wanted and why I asked her when I did," Amanda says. "Yes, we had talked about getting engaged and our future, but she had no idea I was going to ask her that day in Chicago. She was so surprised in fact that she thought it was a joke!" Little did Amanda know, Elena had been plotting her own proposal scheme, which she flawlessly executed a few weeks after saying "yes" to Amanda.

When it comes to maintaining a happy, healthy marriage, Amanda says the best piece of advice they’ve ever come across has more to do with the stomach than the head and the heart: "Keep each other’s belly full, meaning don't let your spouse get hungry or hangry—everything goes downhill when you get hangry." Very wise words.